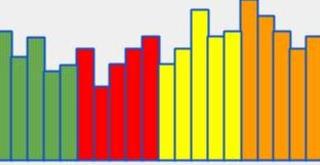 June 27 2015  - Supreme Court Rules Same-Sex Marriage Legal Nationwide, L.A. Times rips University of California for its ‘over-the-top’ list of banned microaggressions, What It’s Like to Be Declared Dead by the Government,

OGTS - Christ In The Camp: Or Religion In The Confederate Army

OGTS - The Love Of God Overwhelmed Me

June 06 2015  - Caitlyn Jenner To Receive Arthur Ashe Courage Award At ESPYs, You Need to Know What Really Happened in Ireland, What the Faked Gay Marriage Study Says About Academia and the Media,  OGTS - The Way of the Monastic Warrior: Lessons from Major Dick Winters

May 30 2015   How FIFA makes its billions, Buffalo Considers Public Boarding Schools To Solve Education Issues, Rich kids use the Internet to get ahead, and poor kids use it ‘mindlessly’.  OGTS - The Love Of God Overwhelmed Me'

May 16 2015  Amtrak to install system that might have prevented crash, Regulation Run Amok—And How to Fight Back,  OGTS - Sister Diana Testifies About Suffering of Christians and Other Religious Minorities in Iraq

May 09 2015  Pamela Geller Pledges Another “Free Speech Event” Despite Mounting Criticism, Into the Valley of Equality,  How Hard Would It Be to Change the $20?, With Malice Toward Nun, OGTS - The 'Son of so Many Tears': A Christian Mother's Story

March 07 2015 - Dr. Ben Carson Says Being Gay Is A Choice, Same-Sex Couples 'Don't Get to Redefine Marriage,  Atheist Richard Dawkins Says Children With Religious Parents Must Be Protected from 'Indoctrination,' Becoming 'Idiots', In U.C.L.A. Debate Over Jewish Student, Echoes on Campus of Old Biases, OGTS - American 'Soldier of Christ' Fights ISIS on Frontlines in Obedience to Christ's Command to 'Defend the Weak'

February 7 2015 - Obama: ‘Our Job is to Be True to Him, His Word, and His Commandments’,  Antiwork – a radical shift in how we view “jobs”, Millennials Want To Work At Organizations That Focus On Purpose, Not Just Profit, BBC News - Office puts chips under staff's skin,  OGTS - Doctor: Mom's Prayer Restarted Dead Boy's Heart

January 17 2015 - Boko Haram: Satellite images point to scorched-earth rampage.  The 'Boy Who Came Back from Heaven' Retracts Story.  The Invention of the Slinky.  OGTS - Edith Cavell

OGTS - One Greater Than Solomon